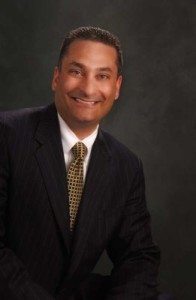 Lonnie Goldman’s highly successful run as president of the Roslyn Chamber of Commerce is coming to an end. In an email to chamber members, Goldman announced that he was stepping down, effective Sept. 30. He cited job concerns and family responsibilities.

“At our last Board of Directors meeting, I informed the board that I would be unable to effectively serve the chamber in my current role as president due to various different reasons including changing jobs (I now work in Long Island City) as well as my parental duties,” the email read. “As Matthew gets older, there are more after school activities that he’s now participating in. Whatever free time I had I have to give it all to him.

“I’ve asked the board to choose a replacement by the end of this month,” the message continued. “The board needs your help as well. I’m making a personal plea to the chamber that if you would like to see the chamber continue to grow and serve our members, that you consider volunteering to serve on the board and take a leadership role. Normally elections are held every Spring. But, we are opening spots now for anyone that would like to step forward and be the difference.”

Goldman’s tenure marked a resurgence in the chamber’s activities in the village. Under his leadership, the chamber. That body increased its membership, held regular meetings and sponsored such successful events as an annual Roslyn Rocks The Park free summer concert at Gerry Park, the 5K Clock Tower Trot, a Taste of Roslyn event, one that highlighted delicacies from local restaurants and numerous networking even