Situated on the former Frick Clayton Estate, the Nassau County Museum of Art is one of Roslyn’s treasured gems. Tucked away in the heart of Long Island’s Gold Coast, the property is the perfect place for storytelling in all artistic forms. And who better to narrate a story or paint a picture than a former local boy who grew up just around the corner.

Charles A. Riley II, Ph.D, was recently appointed the new director of the Nassau County Museum of Art (NCMA), and although he has only held the position since August, he is well aware of the creative legacies that lie beyond the brick wall.

“I‘ve known this museum for a number of decades and I’ve curated shows here, too,” says Riley of the iconic late 19th-century Georgian mansion. “This is my neighborhood. I grew up in Manhasset and whenever I drive to work, I remember my mom and I at the duck pond.”

Angela Susan Anton, who serves as president of the Board of Trustees of the Nassau County Museum of Art, made the announcement about the museum’s newest member.

“I am very happy and proud that Charlie is with us, leading the museum in a new direction with his enthusiasm,” she says. “Like the museum itself, he is a rare gem and I look forward to working with him as we continue to explore and preserve all of the wonderful art and history that Long Island has to offer.”

While he has returned to his origins to take up this post, Riley’s life is as global as it is impressive. He attended local schools and played hockey, which is still a favorite pastime, and then went away to preparatory school. He graduated from Princeton University with a degree in English (appropriately so as he lived in F. Scott Fitzgerald’s dorm room), worked at Time Inc. as a journalist and lived and worked in China for a wonderful period his life. Add professor and author to that list (he has authored 33 books), and now director, Riley is the epitome of an all-encompassing study of the humanities. His published works include Free as Gods: How the Jazz Age Reinvented Modernism (2017), The Jazz Age in France (2004), The Art of Peter Max (2002), Color Codes (1995) and The Saints of Modern Art (1998). His most recent book, a study of Rodin, was published in English and Chinese. For Riley, he thought he was closing the book on his storied career, and was ready for retirement.

“When they offered me this, I thought, ‘here’s another classroom, here’s another medium, and what can I do with a new medium?’ says Riley of his directorship. “I wanted to examine the truth in literature, art and music in the Jazz Age so that’s why I curated the exhibition.”

Said exhibition, titled “The Jazz Age: Picasso, Matisse, Chanel, Gershwin, Joyce, Fitzgerald and Hemingway” will run from March 23 to July 8, replacing the current exhibition “Fool the Eye.” The museum’s permanent collection is comprised of more than 500 art objects, spanning American and European art of the 19th and 20th centuries.

As a lover of the Gilded Age in all forms of art, Riley, who says his whole life was “basically the Jazz Age,” wanted to highlight the masterpieces that made the era of the 1920s so memorable. 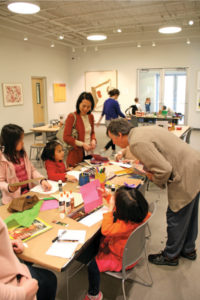 “Where are we? We are in East Egg…Gatsby country,” says Riley of the name that has become synonymous with Long Island’s Gold Coast. “But for me, I say give me Paris in the Jazz Age. Everyone was there: James Joyce, Picasso, Hemingway, Fitz, Gertrude Stein, Gershwin, everyone was there rubbing shoulders and helping one another.”

Among his many favorite works of art, Riley shared that he has always loved Johannes Vermeer and that much of Henri Matisse’s work appeals to him as well.

“I don’t think anyone can say they are not sustained by an encounter with a Leonardo DaVinci, but art that really sustains me would be a masterpiece that is hugely philosophical and aesthetic in power,” he says. “I would love to take credit for Rembrandt’s The Night Watch. That is an epic one; it is a momentous and amazing painting.”

In collecting art for his upcoming exhibition, Riley has reached out to the museum’s trustees, all of whom have their own impressive collections. He also requests art from local museums like The Heckscher Museum, The Parrish Art Museum and several galleries in New York.

“The art of that era, it’s not easy to borrow, but we’ll have a wonderful room for Josephine Baker,” says Riley of the wildly popular European performer. “We’ve got a beautiful 1920s Léger [Fernand] coming in; he was interested in the graphics of American advertising. I’ve got a beautiful Picasso from 1920s, e.e. cummings and an abstract painting as well as some works by Stuart Davis and Florine Stettheimer.” 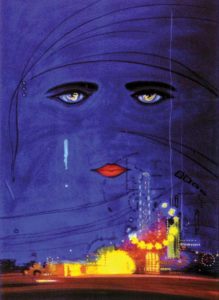 Also featured in the exhibit will be a piano roll by Gershwin, The Hobey Baker Award hockey trophy and Francis Cugat’s original 1925 cover work of The Great Gatsby. While the spring exhibit is the first he has curated in his new role, Riley is looking ahead to incorporating more of an interdisciplinary approach to the humanities.

“The strength of this museum, and my secret weapon, is the education department,” he says of the museum’s educators. “To me, this museum should have as much art, literature, thinking and science as possible. It’s 145 acres of land and it’s a fantastic sustainability lesson for kids.”

Reem Hussein is the manager of The Manes Family Art and Education Center. In addition to coordinating art classes, enrichment programs, workshops and activities for adults, teens and children, she also assists in curating for the exhibition space.

“I feel art education and enrichment is essential to many as it speaks to individuals of all ages and abilities. Viewing art and learning the process in which it is created along with historical references is beneficial to all learners,” she says of educating Long Island about art. “Long Islanders have access to some of the most prominent museums in the world in New York City, but travel to the city becomes more costly and requires planning.”

Hussein added that as one of the largest suburban art museums, NCMA’s “unique history as part of the Gold Coast estates makes it a destination for history buffs.”

“The architecture of the Saltzman building, sculpture park and two exhibition spaces, are admired by daily visitors,” she says. “We also have an art resource room filled with books that may be enjoyed by our visitors and art class participants and art instructors.”

As for what lies within the museum and for future shows, Riley hopes to stay on the scientific path for a bit, sharing his idea for a show on energy and how artists through the ages have tried to put energy on canvas.

“Some of it will be the environment but I think energy and art will be an amazing show,” he says. “Even starry energy is about the energy in the sky. I just want to explore what the role of beauty is in a world that isn’t particularly beautiful.”

Still learning in his new leadership role, Riley admitted that he is finding it difficult to find art that “cuts across cultural and generational divides.”

“What do I do to make people love this place?” he says. “The universality of art, which has always been something I believed in, I’m not quite sure is as universal as we think.”

But curating artwork for the future of this Gold Coast museum is something that Riley will handle with aplomb. After all, it is who he is as an author, professor, scholar and native resident, to not only set the highest standards, but achieve them brilliantly.

“I have to be a stronger advocate for the arts and what they can mean for myself, the museum and all who come to visit,” he says of his new professional home. “Roslyn is an aesthetic treasure chamber. It’s nice to be a museum that is an oasis for people to escape to.”

The Nassau County Museum of Art is located at One Museum Drive, Roslyn Harbor, NY 11576. For more information on the museum and upcoming exhibitions, call 516-484-9338 or visit www.nassaumuseum.org.