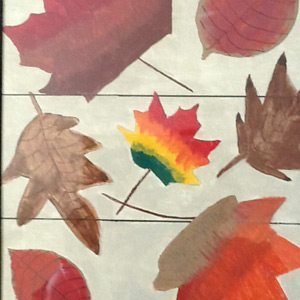 The first garden was Eden —a setting of flowers and plants for the creation of the world and mankind.

Ever since, people have cultivated gardens simply for their beauty or for the sustenance they provide as food. Flowers have served as inspiration for painters and poets from time immemorial. From the mundane to the exquisite, flowers enhance every facet of people’s lives. Their physical expression may be found in gardens and outdoor parties of every kind, from the humblest to the most elegant 18th-century fête champêtre.

Nassau County Museum of Art presents Garden Party from March 8 to July 6. The exhibition is organized by guest curators Franklin Hill Perrell, the museum’s former senior curator, and JoAnne Olian, curator emeritus at the Museum of the City of New York.

In Garden Party, the curators have assembled a bouquet of paintings illustrating the appeal of flowers in every season. The project also takes advantage of the museum’s 145-acre property, richly embellished with beautiful gardens and sculpture. This exhibition of gardens and flowers in an array of styles is organized thematically by season, beginning with a stunning portrayal of spring through a monumental mural by Robert Kushner.

The works in the exhibition portray floral images as objects of enjoyment and pure visual pleasure, the recreation of a natural paradise envisioned since antiquity and perpetually recreated in gardens, the nuances of horticulture, floral arrangements and flower motifs in fashion and decorative art. The prevalence of floral imagery in costume design is demonstrated with charming, flowery dresses and accessories, enchanting millinery, and delightful 19th-century beaded purses.

Highlights of the show include spectacular installations, beginning with Kushner’s 47-foot multi-panel piece done on gold leaf. First prominent in the 1970s, Kushner is a key artist in the pattern and decoration movement. Georgia O’ Keeffe’s Coxcomb, 1931, offers an example of how a traditional theme is interpreted in a modernist mode.

Among the many enchanting works on view in Garden Party are Rosenquist’s Sister Shrieks, one of his classic representations of females and flowers; Prendergast’s The Promenade, n.d., a post-impressionist painting of a garden party with costumed women in a setting of nature; Chagall’s Le Repos, c. 1980 with its essential bouquet; and Ben Schonzeit’s spectacular photorealist still life, Fred and Ginger Rose, 1997.

The Garden Party idea pervades the selections: flowers are themselves festive in character, and uplifting to the spirit, ever attesting to the life force and nature’s generous and spontaneous beauty. Floral patterns, often used in fashion and décor, affirm an innate desire to capture such loveliness. People intuitively recognize that flowers are a universal symbol of life and well-being.

Opening on Saturday, March 8, Garden Party, along with the first daffodils, will be a colorful, festive harbinger of spring.

— Submitted by The Nassau County Museum of Art