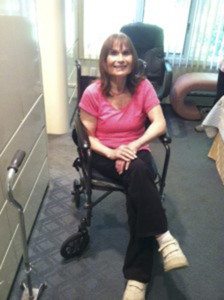 Roslyn area residents are legendary for their generosity and charitable acts. On Thursday, May 14, local residents can again rise to the occasion by participating in a fundraiser for Steffi Altman, the longtime special education at Roslyn High School.

Several years ago, Altman suffered a stroke that left her with a case of aphasia. According to friends, Altman has made progress, but she still needs to pursue specialized therapies. Those therapies, her friends added, are available only at two places: the Rehabilitation Institute of Chicago and the University of Michigan at Ann Arbor.

The fundraiser will be held at Jewel, Tom Schaudel’s restaurant,
400 Broadhollow Rd., Melville.
The purpose is to raise funds
for HelpHOPElive, a nonprofit
organization helping the Altmans raise the funds to obtain those needed therapies.

The cost is $125 per ticket. The event, which lasts from 6 to 9 p.m., includes live music, silent and live auctions, a fashion show from Viral Fashion and raffles from all major local restaurants and stores. For dining enjoyment, the fundraiser will include delectable food from various local restaurants and vendors. In addition, wines provided by many of Long Island’s top vineyards will be served.

It has been four years since Altman suffered her stroke. At the time, doctors were highly pessimistic about any kind of recovery. But Altman has shown the same determination she had as a teacher. She has been able to communicate and has long set her sights on a full recovery, all to the point where she can return to her teaching job.

In anticipation of the fundraiser, Altman’s husband, Frank, and her therapist, Mary Jo White, both expressed their hopes for the event.

“It’s been a really long, hard four years since Steffi suffered a stroke,” Frank Altman said. “The worst part is not the physical problems, but the fact that she hasn’t been able to say more than two or three words at a time. It’s devastated our family, our friends and our savings. We are all still holding out hope that Steffi can go to a facility and unlock the part of her brain that has aphasia. These facilities do not take insurance and we cannot afford the cost. For Steffi to speak again, that is our dream.”

“People always think someone else is going to help, but we really need everyone in the community to come together and make it happen for this amazing woman,” White said.

The May 14 event represents the second major fundraising for Altman. In 2014, the Roslyn School District held a fashion show fundraiser and Roslyn High School students have raised money through a “cups for change” program.

“The goal is to raise enough money to send Stephanie to an intensive speech therapy program for people with aphasia,” said Gail Aronoff, a parent in the school district, whose daughter, Jill, was a student of Altman’s. “We are hoping to help her overcome the aphasia that she suffered from the stroke.”

Aphasia is described as an acquired language disorder due to brain damage. According to experts, aphasia does not affect a person’s intellect, memory, judgment or problem-solving skills.

Roslyn residents always come through when a needed charity calls. Here is another opportunity to assist a popular Roslyn teacher. For more information, call Mary Jo White at 917-301-5866. For those who would like to donate or contribute, go to www.helphopelive.com. Just put in Stephanie Altman’s name and the information will come up.