The Women’s March On Washington drew a crowd of more than 500,000 women, men and children at the nation’s capital on Jan. 21, as buses departed from Manhasset, Garden City, Riverhead, Huntington and other areas.

More than 50 members of the 600-member congregation of the Unitarian Universalist Congregation at Shelter Rock (UUCSR) participated enthusiastically in Saturday’s march for women in Washington D.C. and the local march in New York City.

Interim Senior Minister Reverend Ned Wight believes that the principals of Unitarian Universalism (UU) support a protest of this nature. “Of our seven fundamental UU principles, the first two affirm ‘the inherent worth and dignity of every person’ and ‘justice, equity and compassion in human relations,'” Rev. Wight stated.

“Following a contentious presidential campaign in which statements were made calling into question the equal rights of women, disable people, immigrants, gay, lesbian and bisexual people, Muslims and other groups, members of our congregation decided to march in solidarity with these marginalized groups,” he continued. “We marched to demonstrate in a public way our commitment to do what we can in word and action to defend and advance equal rights.”

Rev. Wight added, “Unitarian Universalism is a lived faith; marching this weekend was an act of proclaiming our faith in partnership with others who share our commitment to universal human worth and dignity.”

Jaclyn Siegel of Hicksville arrived in D.C. via a charter bus departing from Garden City.
“I marched because I want my voice to be heard by Washington, our country and the world,” she said. “I want to protect my rights as a woman, and to help protect rights for the millions of Americans who feel threatened by the new administration.”

Jericho’s Robin Weissbratten, the granddaughter of an illegal immigrant, said she knows the United States has historically been welcoming to immigrants and refugees who need shelter from oppression and persecution.

“As an almost 65-year-old woman who marched for women’s rights over 40 years ago, I marched for my daughter and future grandchildren. I simply cannot believe the need still exists to rally for equality,” she said. “As the granddaughter of a union organizer and activist, I marched to make sure that tyranny and fascism do not become the norm. I marched because I am an American and I believe my country is great.”

Dee Driscoll, a leader of the Garden City bus, said she could not be happier to have been a part of the historic day.

“We were a small part of something enormous,” she said. “We need you [20- and 30-somethings] to move forward and get more involved with shaping the future of this country since you’ll be taking the reins one day soon.”

Deborah Denson of Smithtown counts the Women’s March On Washington as one of the most important events in her life.

“My faith in humanity was restored,” she said. “I marched for memories of my grandmother and my mother, for my students and the world my 18-year-old son will inherit. He plans to go to law school to study constitutional law. After the march, he texted he was proud of me.”

Among artists that performed were Alicia Keys, Janelle Monae and Madonna. Keys read a poem summing up the mission of the event: “No hate, no bigotry, no Muslim registry. We value education, health care and equality. We will continue to rise until our voices are heard, until our planet’s safety is not deferred, until our bombs stop dropping in other lands, until our dollar is the same dollar as a man’s.”

In addition to D.C., more than 600 sister marches took place across the world. Every continent held marches, including Antarctica, whose protest took place on an expedition ship.

Julianna Ryan of West Hempstead attended the New York City sister march and was encouraged seeing that women will not back down even in the face of continual discrimination and disrespect. “We congregated so peacefully and quietly that individual conversations could be heard in the crowd,” she said.“ From feminists to freedom fighters, from environmentalists to refugees and all of our allies, Saturday was a moment to unify us as a family.”

Organizers of the historic event urge participants to continue the movement. Details about the “10 Actions / 100 Days” can be found on www.womensmarch.com. Jaclyn Siegel has committed to write letters to her senators. “As a special education history teacher, I will continue to arm my students with strategies to think critically about the information that bombards them every day and to make informed decisions that affect both their present and future,” she said.

Much discussion took place on the Garden City bus to organize grassroots efforts to make a difference locally.

Cheryl Weiss encourages everyone involved to keep the momentum going. “Join groups, volunteer, call email or write your members of Congress,” she said. “Keep the pressure up and thank those whom you believe are working towards goals which align with yours.” 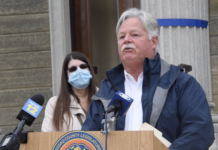 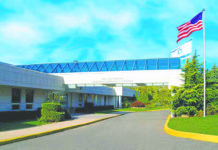 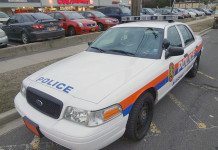