The Times They Are A-Changin’

Levitt. Almost everyone on Long Island recognizes the name. Even those who weren’t yet born during the time that the real estate development company Levitt & Sons and William Levitt were around have heard or read of them. Levitt houses line many streets throughout Long Island. Heck, you may even live in one.

William Levitt left a huge impact both on the Island and the nation. In fact, nearby Levittown, for which he is most renowned, was named after him. 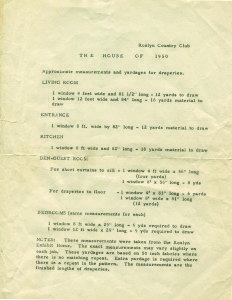 The real estate company, originally founded by William’s father, Abraham Levitt, revolutionized the home-building industry by mass producing neighborhoods and creating huge suburban communities after World War II. These homes were mostly for returning veterans and for those who wanted affordable housing. In the late 1940s, Levitt developed a section of Roslyn Heights near the Roslyn Country Club, and so the area was named after the club.

Levitt’s legacy still lives; however, the case is not entirely the same in Roslyn Heights. With time comes change; as Bob Dylan eloquently put it in 1964, “For the times they are a-changin’.” And a-changin’ they are indeed. A majority of the Levitt houses in this community are being knocked down and rebuilt into colossal homes. The essence of the community and its history just may be extinct.

Doris Jacoby is an original homeowner of a Levitt house in the Roslyn Country Club. She, her husband and their few-months-old baby had lived in Brooklyn, but they wanted to relocate to the North Shore. One day, she and her husband were out on the Island, driving on the Northern State Parkway, and decided to get off on Roslyn Road, a stop further than their usual exit. They discovered people waiting on a line, but didn’t know what the line was for. She later exclaimed, “Lo and behold, people [were] waiting to get into a model house.” 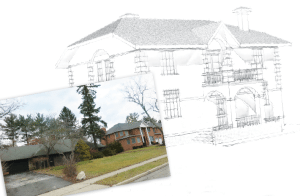 She says they stood on line and when they finally met with the salesman, there were only two houses left out of 600. The salesman told them that one was a ranch-style house all on one level and the other model had a higher roof, which would have enough attic space to add rooms if they so pleased. They liked the ranch-style house, but the salesman convinced them to buy the one with the extra attic space. Jacoby and her family moved into the home in 1950, and she’s remained there for 66 years.

According to Jacoby, Levitt built at least three different models. She says that every house had “a big evergreen on the lawn, a maple tree, shrubbery…that was his trademark. His father used to drive around the neighborhood and call out of his car, reminding people to water.” 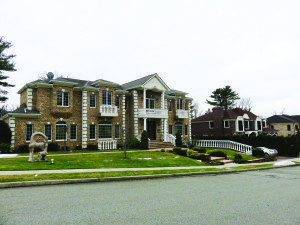 “When you moved into the house [it had] a dishwasher, refrigerator and washing machine…but Levitt didn’t supply a dryer,” she continues. “Ours was out in the garage, some people kept it there. Many years later we did some changes and moved the kitchen from the front of the house to the back.”

She says, “Levitt painted each house a different color. Some had a main entrance on the side or in the front. Some were low houses, some had attics. These houses were considered very modern like Frank Lloyd Wright’s.”

Jacoby says these were open-plan houses. For instance, the living room could be made into a dining area. She shared a memory of her mother coming to visit: “I remember my mother’s comment…she didn’t mean it negatively. She said, ‘It is like one big room.’ Levitt was very ahead of himself…the new look…[it was] open space…not like a traditional house. 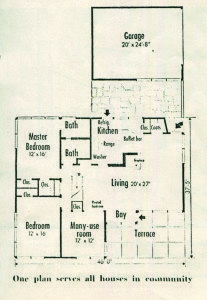 “[It was] probably the best investment we ever made,” she adds.

“We were so close to the train that the kids could wave to the engineer from the playground across the street from my house.”

The neighborhood, which was comprised of young couples just like her and her husband, “turned out to be a wonderful street, [with] wonderful neighbors.”

Jacoby says that the community had a civic association, which gathered at the country club. Club membership was exclusive to the community, with an annual membership cost of just $100. “We had meetings and dances and kids had Halloween parties.

We had this wonderful swimming pool. I would meet other people from the other sections…you met your neighbors literally from the other side of the road. The kids met others from the area.” 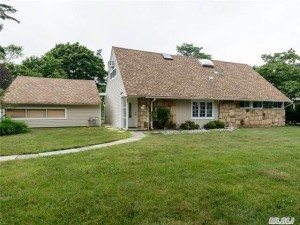 The clubhouse is now used for catering, but the pool and tennis courts have been shut down for years. With help from the Town of North Hempstead, the facilities should reopen in 2017.

According to Jacoby, these days neighbors don’t visit with each other anymore. “They’re all busy with their own lives,” she says.”It’s equally my fault, too. Things are different today, we hardly know our neighbors, we just wave as they go by.

“It’s not a neighborhood anymore,” she continues, “you know…nobody is outside. The kids don’t go out to play now, they sit in front of their computers and they talk with their friends that way…back then it was more social. [We] had block parties, we had a May Day Parade…everyone was involved. [There were] picnics outdoors…barbecues. The people next door to me way back, they were organizers of things. All you need is one person to get things moving.” 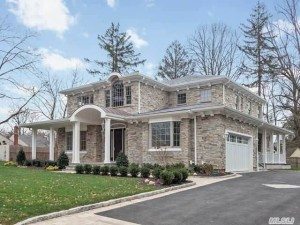 If this neighborhood sounds like a scene from The Wonder Years, the hit TV show from the ’80s and ’90s that recalled growing up in suburbia in the late ’60s and early ’70s, that’s because early co-executive producer Bob Stevens and writer Winnie Holzman actually grew up in the neighborhood. It’s rumored that Shepherd’s Park was based on the playground across from Jacoby’s house.

Today, the taxes on these homes are essentially double the original cost of the Levitt house. “The [price] range when we moved in was from $17,500 to the ones that were expensive [because they] had an expansive attic, and that was probably $20,000 to $21,000,” Jacoby says. “The one behind me is a new one, I think it’s sold. Some of these houses cost $2 million.” 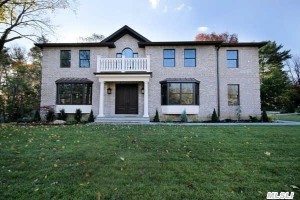 Not only have the sizes and prices of the houses changed, but so has the tight-knit community. Jacoby laments, “The young people who grew up here come back…they tell their children it was great growing up here and you know…the kids want to see where their parents grew up, and the sad part is they come back and their house isn’t here anymore. In other words, you can’t come home again. There’s no history anymore. 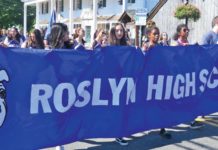 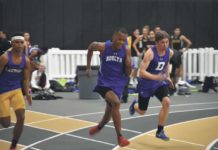