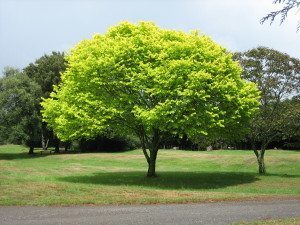 Longtime East Hills environmental advocate Richard Brummel has recommended that the Village of East Hills’ tree-protection law require the analysis of whether a tree proposed for removal is the home to any local wildlife before its removal is considered by local authorities.

If the tree is home to animals or critical to their habitat, the law should prohibit its removal, Brummel said in a letter to the village board. The village recently passed a law requiring a $300 fee for removal of trees that cannot be replaced.

“[Trees] being cut down are habitat for animals, and…I propose that every tree being considered for removal be thoroughly evaluated by proper professionals as to whether any animals nest in the tree…is being proposed for removal and whether the animal and its offspring will thus be rendered homeless by the tree removal process,” the letter stated.

“Further the law should provide that no tree will be removed that is a nesting site, except in the case of a well-documented dangerous tree, in which case provisions to protect the…health of the animals should be required,” Brummel continued. “A further analysis should indicate the role of the tree in providing food and shelter to animals found or likely to be found in the locale
of the tree.”