A Glen Cove man was arrested for attempted burglary in Flower Hill and reckless endangerment on April 16.

Bellamy fled, leaving behind a 2009 Porsche he had been driving, according to police.

On April 9 at 12:35 a.m., officers attempting a traffic stop on Earl Ovington Boulevard in Uniondale pulled over Bellamy, who was driving a 2011 BMW. As officers approached the vehicle, Bellamy accelerated, almost striking the officers, and sped off, leading officers on a high-speed chase. Officers ended the pursuit.

On April 16 at 10 a.m., detectives located and arrested Bellamy at 262 Old Country Rd. in Mineola. He is charged with attempted burglary, reckless endangerment, aggravated unlicensed operation of a vehicle, improper turn and fail to signal lane change. 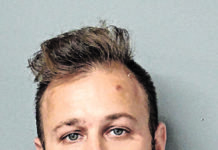 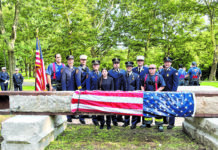