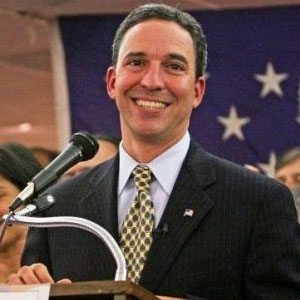 From the desk of Sen. Jack Martins…

It’s a new year and much is already being made over Governor Andrew Cuomo’s State of the State speech. As one of the most powerful people in New York, liberals, conservatives and everyone in between were waiting to hear the tone and substance of the speech, sizing up where the supposed “battle lines” will be drawn.

The governor’s position is magnified because it’s a re-election year for him, and it is rumored that he has presidential aspirations. Naturally, a big win at the home-state polls this year would strengthen his position among Democratic frontrunners, so it’s easy to see why this speech carries a heck of a lot of baggage. So far, in his first term, he has tried to maintain some balance, but Cuomo’s unfortunately coming under increasing pressure from New York City Democrats, led by newly-elected Mayor Bill DeBlasio, whose ultra-liberal agenda doesn’t necessarily mesh with the goals of the state. Indeed, the new mayor made many promises, some of which will be impossible to keep unless Cuomo yields to that pressure.

What worries me most as I watch this unfold, is that more and more, elections belong to those who promise more “free stuff” from the government. It’s gotten worse as the years go on, but the frequency of disappointment does nothing to stem the tide.

The politicians who play the game only make it worse. Many Americans were all too eager to accept the benefits promised by the Affordable Care Act, only to be disappointed later by the unpleasant details. DeBlasio got in on the act too, promising universal pre-kindergarten for New York City families, knowing full well that the Herculean task is beyond his power and belongs to the governor and state legislators. Keep in mind that New York has yet to provide universal kindergarten for the rest of its students, including some schools right here in our district. But what does it matter? DeBlasio created the expectation and if it isn’t met, the blame will conveniently transfer to Albany.

To be sure, these promises stem from noble ideas. No one debates the value of health care or education. But they cost a lot more money and in this day and age there isn’t a municipality or government that has any to spare. There really is no free lunch, but that won’t stop certain politicians from telling you there is. They actually encourage this sense of entitlement and consequently, fan the flames of discontent.

The situation reminds me of a book I used to read to my girls when they were younger: The Berenstain Bears Get the Gimmies. In it, a Papa Bear can’t say no to his two young cubs which results in very spoiled cubs who want everything in sight. It becomes nearly impossible for them to learn that they simply can’t have everything. That may sound like child’s play but that lesson is one that could be used now in our relationship with government.

Truth be told, it’s got nothing to do with right or left, Democrat or Republican, because it seems everyone has got the “gimmies.”

Just look around. Overcompensated CEOs believe they are entitled to absurd salaries and stock options, while overpaid athletes and sports franchises mug their fans and ticket buyers. Union leaders are entitled to unsustainable retirement packages; 47 million are entitled to food stamps; and behemoth companies that have failed through mismanagement are entitled to taxpayer bailouts. Call it what you will but all of this springs from a pervasive culture of entitlement. And the response from resentful bystanders is “where do I get mine?” The argument these days is not whether it’s fair or warranted, but rather an argument of who gets what money.

This atmosphere undermines the spirit of self-sufficiency and innovation that allowed our nation to leapfrog past others in virtually every challenge for decades. And while we certainly have a moral obligation to take care of those who can’t take care of themselves, when did we transition to a nation so intent on receiving benefits from its government? Ultimately, we won’t be able to provide even the safety net that we’ve come to expect. Some may dismiss that concern, but the fact is it’s already happening in various places throughout our own country as governments are borrowing just to sustain these programs.

The reality is you can’t spend the same dollar twice and for every dollar misspent, someone else who truly needs help is left without. The status quo is unsustainable but no one wants to be the bearer of bad news, least of all in New York. It’s easier for politicians to keep making promises and to keep encouraging the “gimmies.”

Over 50 years ago, the great American statesman and President, John F. Kennedy, posed the now infamous challenge, “My fellow Americans, ask not what your country can do for you, ask what you can do for your country.” Isn’t it time we, each of us, asked ourselves this same question today?