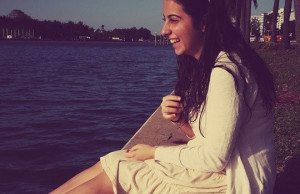 Roslyn resident Amanda Esraeilian has joined Teach For America’s 2015 teaching corps. Esraeilian is a both a 2011 graduate of Roslyn High School and a 2015 graduate of Yeshiva University. She will teach students at a New York City location.

Teach For America is a national nonprofit working to expand educational opportunity for students in low-income communities. Corps members commit to teach in high-need urban or rural public schools and become lifelong advocates for educational equity. This year, Teach For American is celebrating its 25th anniversary. It began in 1989 as a senior thesis for Princeton University graduate, Wendy Kopp. The author’s research revealed that school districts were facing a teacher shortage, that academic outcomes for low-income urban students had not changed in a century and that the country needed a workforce able to compete in a competitive global economy. Kopp’s idea was to find and train more leaders to make teaching their life’s work. This meant recruiting top-notch college graduates to dedicate their lives to teaching students in urban and rural areas where their talents were needed most. In December, 1989, Koop gathered her first crop of recruits. That included 100 part-time student recruiters from 100 universities across America to get Teach For America off the ground.

The idea has worked. In 1993, Teach For America became a charter program for the new federal program, AmeriCorps. The project was already off to good start and it continued to grow. This fall, Amanda Esraeilian will join a network of 50,000 corps members and alumni working alongside parents, principals, and communities for positive change.

“It is with incredible excitement we welcome this group of remarkable corps members,” said Elisa Villanueva Beard, co-CEO of Teach For America. “They join a group of 50,000 leaders who have raised their hand to be part of ensuring every child has access to an excellent and equitable education.”

Esreilian is no stranger to leadership positions. At Yeshiva, she was president of the Torah Activities Council. Last summer, she was an advisor for The Anne Samson Jerusalem Journey Ambassador to Poland, a program to provides interaction among Jewish teens in both Europe, America and Israel.