The lot of a journal of opinion is a grim one. Such publications make no money and if they ever have influence, it is often the luck of the draw. Barry Goldwater and Ronald Reagan, for instance, were two Sunbelt Republicans who happened to be interested in the world of ideas. Fortunately for them, such a conservative outlet, William F. Buckley Jr.’s National Review of the 1950s, existed. The men and the moment had met.

The Weekly Standard, a conservative journal, shut down recently to great publicity. Conservatism, with few exceptions, is not on the minds of our readers. However, your obedient servant briefly served as literary editor for The American Conservative, a bi-weekly, which in addition to a daily website, now publishes six times a year. (Don’t let the name fool you. My old—16 years ago—employer is as anti-Trump as The Washington Post or The New York Times). Plus, your correspondent has published several books on the “c” word.

Journals of opinion hope to influence culture, but mostly politics, namely the direction a political party should take. For TWS, it was the Republican Party of the mid-1990s onward. Other than the regular Joseph Epstein essays, its literary quality was unexceptional.

Politically, it morphed into the voice of the War Party. There were rumors that TWS’s editors, prior to 9-11, thought about shutting the publication down. The terrorist attack gave it new life. TWS became the leading voice for the 2003 invasion of Iraq and, if we are to believe media reports, favorite reading for the administration of George W. Bush. We all know how this story ends. Bush I: War against Iraq, the election of Bill Clinton and two lefties on the Supreme Court. Bush II: This time, an invasion of Iraq, the presidency of Barack Obama, two more hard liberals on the court, the continuing triumph of abortion and affirmative action and the new triumph of gay marriage. (TWS wasn’t around in 1991, but its future editors enthusiastically supporter that war, too.)

Reports also had it that TWS perished, not due to financial reasons, but to the machinations of its proprietor, who also owned The Washington Examiner. Plans were made to launch a magazine version of The Examiner with a subscription base poached from the TWS list. And so, the publication had to stay put and perish.

We’ll take such people at their word. Still, the old conservatism of home and hearth, of America First, of trade protection and immigration restrictions, of America for Americans, had been buried by one demanding a militarist interventionism. The Democratic Party, we are sure, says thanks for the memories.

What’s next for those wanting to stand awthart history? The GOP of Bush and Bush? No thanks. Give us the America of Friday Night Lights and the Grand Old Party of Warren Harding and Calvin Coolidge, instead.

Editorial: Election Day Should Be A Holiday 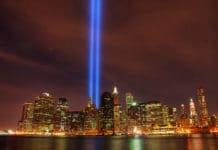 Editorial: The Full Impact of 9/11 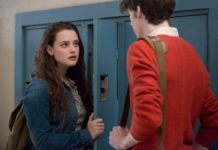 Editorial: Reasons To End ’13 Reasons Why’