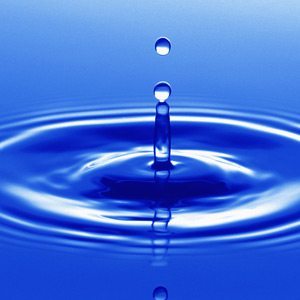 The viability of the drinking water in Roslyn Estates is shaping up as a major debate in that quiet village.

At issue is a toxin called FREON 22 that, according to Roslyn Water District Commissioner Michael Kosinski, has been found in two wells within the water district.

In those wells, the toxin level stands at 80 percent of the maximum legally allowed level as issued by the NYS Department of Conservation and their Nassau County equivalent. If the level reaches 100 percent, then the water is deemed undrinkable.

At a Jan. 13 meeting, water district officials proposed the introduction of an airstripper, one that would be 34 ft. high and 8 ft. wide and once installed, would remove the contaminants from the water. Built around the airstripper, would be a residential house, allowing the former to blend in with surrounding neighborhood.

The Village of Roslyn Estates does not allow anything higher than 30 ft. to be constructed in the village. However, the village has no authority over the water district. At the meeting, Roslyn Estates Mayor Jeffrey Schwartzberg said that he wanted the airstripper to be done as “expediently” as possible.

Those residents in attendance were upset with the proposal and the fact that an environmental impact study has not been done. Residents have health concerns once a residue of FREON enters the air.

The next meeting was held on Jan. 25 at the Town of North Hempstead chambers in Manhasset. There, Village of East Hills Mayor Michael R. Koblenz said that he had not received any “technical reports” on the problem in previous months and only learned about the water situation in early January. Koblenz wants the water district to hold more public meetings on health and environmental issues.

It has also been revealed that in order to pay for the water district’s projects, a $20 million bond will be issued by the Town of North Hempstead. Roslyn Mayor John Durkin, who was also at the meeting, said that the bonds should be authorized and health issues should be discussed at a later date. Up to $3.9 million out of $20 million would be allocated to the first airstripper, to be located in Diana’s Trail in Roslyn Estates.

Residents remained unhappy with the prospect of an airstripper being constructed in their village.

“Had I known [about the airstripper] I wouldn’t have moved in [to the village],” said Brett Auerbach.

The Roslyn Water District will be holding a public information meeting on Tuesday, Feb. 11, from 7:30 to 9:30 p.m. in The Park at East Hills Theater, located at 209 Harbor Hill Rd., East Hills.

The water district’s Board of Commissioners will discuss all projects included in the bonding request the district made to the Town of North Hempstead. A question and answer session will follow.