Democrats Take Victory After All Absentee Ballots Are Counted | Roslyn News
Monday, May 23, 2022 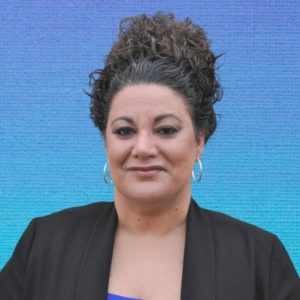 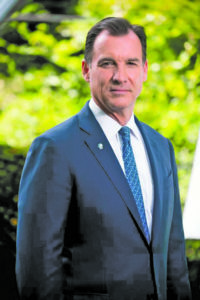 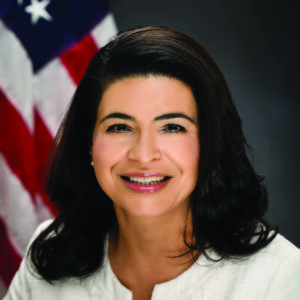 According to the Nassau County Board of Elections, Nassau County received 152,118 absentee ballots during the 2020 election, those of which were pivotal in deciding several races on Long Island. Nearly three weeks after Election Day, Congressman Tom Suozzi, State Senator Anna Kaplan and Assemblywoman Gina Sillitti declared victory.

Suozzi (D–Glen Cove), overcame the lead of opponent George Santos (R–Queens) to win a third term. Initially Santos announced that he was winning the election by more than 4,100 votes, but after the absentee ballots were tallied—Suozzi took the lead, winning by 21,400 votes. Suozzi received 170,651 votes to Santos 149,251 votes.

“George Santos called me this morning to concede and congratulate me on my victory,” Suozzi said in a statement on Nov. 17. “I thanked him for his call. It is a great honor to serve as a member of Congress and I look forward to continuing to work on behalf of the people I represent. Our nation faces tremendous challenges and the division is distracting us from accomplishing our goals. I will work to try and bridge the divide and address the COVID pandemic, our unstable economy, the climate crisis and the need to rebuild our middle class. I will never stop fighting for Long Island and Queens and the people of our state and country.”

Santos conceded on Nov. 17, and released the following statement regarding his congressional race.

“Due to the hard work and determination of our grassroots supporters and donors, our campaign defied the odds by coming very close to winning New York’s 3rd Congressional race,” Santos said. “I am proud that we gained the support of every PBA and first responder organization that endorsed this cycle. I am personally so grateful for the efforts of our volunteers and those who stood by us from the very beginning. Our volunteers and those who supported our campaign worked hard to help us fight until the very end. There may be more announcements coming from me in the near future regarding next steps, but for right now, I would like to congratulate Congressman Tom Suozzi. We wish him well going forward for the benefit of our district and constituents.”

Suozzi will continue to serve his third time in office representing the areas of Manhasset, Roslyn, Port Washington and Great Neck, as well as several other areas on Long Island and Queens.

In District 7, Kaplan (D-Great Neck) defeated former Port Washington Police Commissioner Dave Franklin, winning by more than 15,000 votes. Franklin initially encouraged his supporters to remain confident due to the 30,000 absentee and write-in votes that had yet to be counted; but after all the votes were in, Kaplan received 77,836 votes to Franklin’s 62,169.

“This afternoon I received a call from Dave Franklin, who graciously called to concede and to offer his congratulations on my reelection,” Kaplan said in a statement on Nov. 17. “We had a nice chat and I thanked him for his call and for running a spirited campaign. Once again, I am extremely humbled and grateful to the votes of Nassau County for placing their trust in me to be their senator for two more years. I promise I won’t let you down.”
Franklin also released a statement thanking his team as well as his supporters for the hard work they put into his campaign.

“There are so many people to thank for their help and hard work, as my team and I far exceeded the expectations of the pundits,” Franklin stated. “In the end we will have amassed well over 60,000 votes. As a candidate unknown outside of Port Washington that is humbling to me. Perhaps even more humbling is the fact that we had 80 volunteers making calls, doing lit drops at homes and planting signs all over the district. I had fun campaigning, meeting people all throughout the district as we knocked on doors to find out what the needs of the public were. The fellow candidates I encountered along the way who are now friends. This was a great experience for me, and though it didn’t turn out the way we planned, we left everything on the field. No regrets, no second guessing. Thanks to all who voted, volunteered, supported and prayed for me. You are forever in my heart. Now is the time to put away the petty differences of politics and work together for a better community, a better district and a better New York. What happened on the national level will affect our wallets, but what we do at our level has a greater impact on our daily lives. Shop locally, volunteer, get involved. We are all in this together, and together we can achieve great things.”

Kaplan will serve her second two-year term. She represents several areas on the north shore including Port Washington, Manhasset, Great Neck, Roslyn, as well as several other areas on the South shore.

In the 16th Assembly district, Gina Sillitti of Manorhaven declared victory over Ragini Srivastava of Manhasset Hills. Sillitti received 35,153 votes to Srivastava’s 30,093 votes. She will take the place of Assemblyman Anthony D’Urso, who announced in January that he would not seek reelection.

“I am grateful to the voters of the 16th Assembly District for their confidence in electing me to be their voice in Albany,” Sillitti said. “I’m ready to get to work to help Long Islanders overcome the COVID-19 pandemic, rebuild our economy and unify our community. Thank you also to the election workers that worked the long hours to make this election happen for all of us and ensure every vote was counted. This was an unprecedented election and they are the unsung heroes still working every day.”