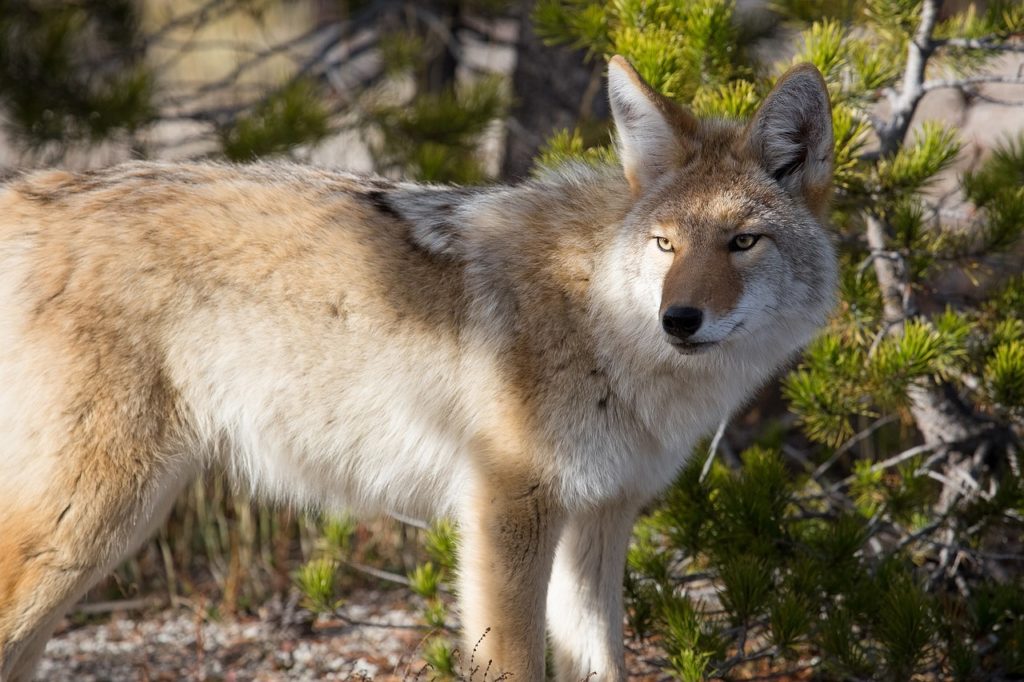 Having to deal with a coyote population is not what the average suburbanite had in mind when moving to the Roslyn area. But as noted in a recent issue of The Roslyn News, that species has begun moving eastward from the wilds of New York City out to bucolic Long Island.

To allay resident concerns, the Wild Dog Foundation will hold an information session on coyotes and their presence and potential on Wednesday, Aug. 22, at 7 p.m. at the Shelter Rock Library. The presentation will be given by Frank Vincenti, an official with the foundation. The foundation “has educated residents of the tristate area on coyotes in an effort to inform, prevent conflicts and address concerns the public may have regarding the animals’ presence in the area.”

In all, the session will educate the public on how coyotes interact with pets, the public and other wildlife.

The coyote presence on Long Island was confirmed this summer. Gary Rogers, an official with the Nassau County Society for the Prevention of Cruelty to Animals (SPCA) issued a string of tips to Roslyn residents who may spot a coyote in their neighborhood. Residents, Rogers added, shouldn’t be alarmed at the sight of coyotes as they maintain a natural fear of humans.

The main goal, he said, is to minimize conflicts between coyotes and what pets homeowners have. The tips, meanwhile, are ones that are worth reiterating:

• If you see a coyote, dial 911. Do not allow coyotes to approach people or pets.

• Do not feed coyotes. Discourage others from doing so.

• Do not feed pets outside. If you are feeding feral cats please stay and observe the cat feedings and remove all food before leaving.

• Eliminate availability of bird seed. Concentrations of birds and rodents at feeders can attract wildlife. If you see a coyote(s) near your birdfeeder, clean up waste seed and spillage to remove the attractant.

• Make certain that garbage is inaccessible to wildlife.

• Fence or enclose compost piles so they are not accessible.

• Teach children to appreciate wildlife from a distance as to avoid the risk of being injured.

• If confronted, stand tall, and hold arms out to look large. If a coyote lingers for too long, then make loud noises, wave your arms, throw sticks and stones. Do not run away because running away after seeing a coyote is behaving like prey.

• Do not allow pets to run free. Supervise all outdoor pets to keep them safe from coyotes and other wildlife, especially at sunset and at night. Small dogs (even if on leash) and cats are especially vulnerable to coyotes. Keep cats indoors.

• Conflicts between dogs and coyotes can happen any time of the year, but are more likely in the months of March and April. It is during this time that coyotes are setting up their denning areas for the soon-to-arrive pups.

• Fencing your yard may deter coyotes. The fence should be tight to the ground, preferably extending six inches below ground level, and taller than 4 feet.

• Remove brush and tall grass from around your home to reduce protective cover for coyotes. Coyotes are typically secretive and like areas where they can hide.

• Be aware people do coexist with coyotes but caution, care, and common sense must be used.