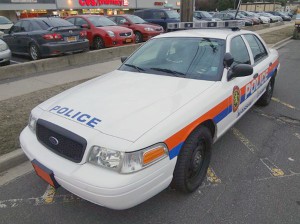 Police said John Hardy, 52, called the precinct on Hillside Avenue, claiming to be a terrorist and threatened to kill everyone by placing a bomb in the building. Hardy called the Nassau County Police Department Communication Emergency Call Center again and stated he had left a bag of dynamite inside the doorway of the Third Precinct, police stated.

The building was searched and deemed safe, according to police.

Hardy was charged with second degree making a terroristic threat and aggravated harassment. He will be arraigned on Sunday, Oct. 26 at First District Court in Hempstead.