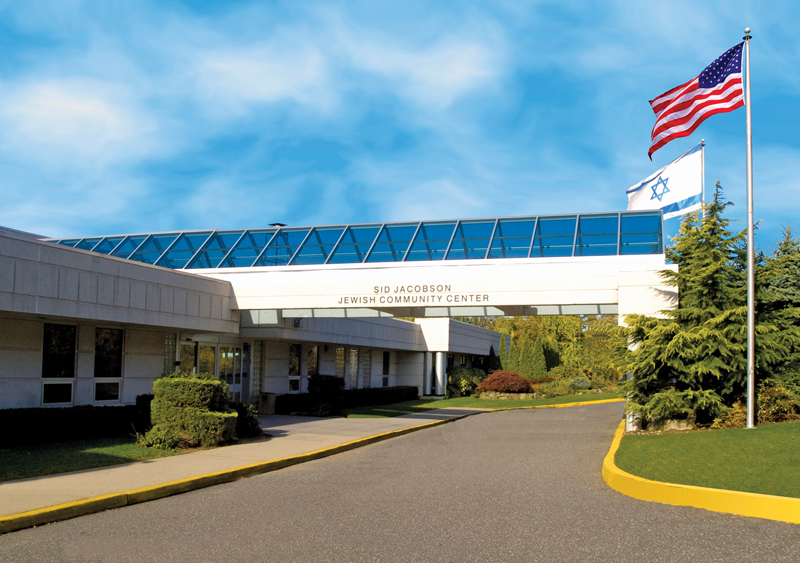 Community members are rallying around Cheikh Kadim Ndiaye, a contracted basketball coach at the Sid Jacobson JCC in Greenvale, after Ndiaye was arrested following an incident that occurred on Saturday, May 18, at approximately 4:30 p.m.

According to police, the Third Squad responded to the home of a juvenile victim, who stated he was punched with a closed fist by Ndiaye during a basketball game and complained of pain and bruising in both of his arms. Police stated in a press release that after an investigation, Ndiaye was placed under arrest and transported to the Third Precinct for arrest processing. Ndiaye was arraigned on May 20 in First District Court in Hempstead and was charged with third-degree assault and endangering the welfare of a child.

On Thursday, May 23, a GoFundMe page was created for Ndiaye with a goal of raising $10,000. The page summary reads, “To know Khadim is to love him. He is a kind, gentle and humble young man who is currently facing an unfortunate situation that is causing tremendous emotional and financial stress on him and his family. Please consider contributing any amount you are comfortable with. One hundred percent of each donation will go directly to helping Khadim during this difficult time. You can also show your support by showing up on June 4 at 99 Main St., Hempstead Courtroom C-2 at 9 a.m.”

Less than 24 hours after the GoFundMe was created, more than half of the total goal was donated. Andrea Barzvi helped to set up the page and stated that Ndiaye has an incredible amount of support from the community.

Many members of the JCC are surprised that an arrest was made and are in support of Ndiaye.

“That boy who got arrested is the kindest person I have ever met,” said Doris Ostad. “I could not imagine that he’d hurt anyone. I work out at the JCC and I look down on the basketball court and he’s so incredibly good to the kids. I feel so horrible he’s in trouble. I wouldn’t want anyone to hurt my child, but I seriously don’t think he wanted to hurt anyone at all.”

Alison Pnini’s family are members of JCC, “We have [known] Kadim for years. He is a mild mannered, gentle, caring basketball coach, who works hard with the kids to not only make them better players, but to give them confidence. He is adored by all who know him and I cannot imagine based on the years I have known him that he would ever hurt a child. He really is a good guy, not how he has been portrayed the past couple of days.”

Samantha Peck Greenberg, a resident of East Hills and a member of the Sid Jacobson JCC said, “My 9-year-old son has worked with Khadim for the last six months. saw him in the JCC gym, sitting on the side and went out of his way [to ask him] if he wanted to shoot some hoops, the rest was history. The family took this way out of proportion.”

Executive Director of the Sid Jacobson JCC David Black said in a statement, “When this matter was brought to our attention we took immediate action prohibiting [Ndiaye’s] entry onto the premises and suspending his employment pending the investigation. We are cooperating fully with law enforcement and have launched a comprehensive internal investigation. The security and well being of all of our members, especially our youth, is of paramount importance. We will not tolerate any environment that is not safe and healthy for all in our community, including our youngest, every participant, member and our staff.”

Black stated that while the JCC is not advocating his arrest, “No staff member who is accused or who allegedly may have hurt a child can continue working at the JCC until they are exonerated or our own investigation clears him.”

“We are well aware and appreciative of how much Khadim has contributed to our program and our concerns overall are for the well being of all involved, including Khadim,” Black added.

According to court records, Ndiaye has since been released on his own recognizance, but a temporary order of protection was issued. He is due back at court on 99 Main St. in Hempstead on June 4 at 9 a.m.

The Nassau County Police Department asks that anyone who feels they may be a victim to call Nassau County Crime Stoppers at 1-800-244-TIPS. All callers will remain anonymous.