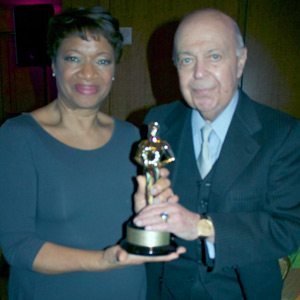 For some time, he has been heavily involved in confronting problems of spousal abuse. Recently, Wasserman hosted a dinner at the Ritz Carlton in White Plains where he awarded his company’s own “Oscar” for Best Supporting Cast to My Sisters’ Place, a White Plains-based organization that protects spouses and children affected by spousal abuse.

Wasserman was pleased that over 1,000 people attended the dinner. The award was given to Karen Cheeks-Logan, Esq., of My Sisters’ Place.

Wasserman noted that both of New York’s U.S. senators, Kirsten Gillibrand and Charles Schumer, are working with the U.S. Armed Forces to “stamp out” abuse in the military.

Wasserman added that this is a problem in society in general, namely because many victims are too afraid to report such abuse. My Sister’s Place is an organization that supports such victims and even though it only has a location in Yonkers, Wasserman hopes that it may expand to Long Island in the future.

Wasserman has also said that his old friend, Fred Wilpon, current majority owner of the New York Mets, and the Mara family, longtime owners of the New York Giants, are involved in Clean Cover’s attempts to focus on spousal abuse, giving him more hope for further progress.

“Together, we will eliminate this terrible sickness,” he said.