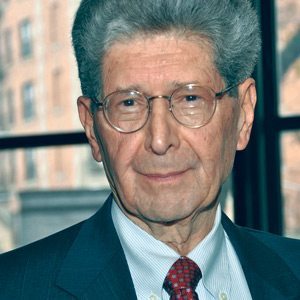 Roslyn resident Dr. Seymour Katz, M.D., was recently recognized by his college alma mater, The City College of New York, for his outstanding promotion of scholarships for graduates of his high school alma mater, the Bronx High School of Science. He was one of four honorees at The City College President’s Gala, held at the Mandarin Oriental Hotel.

The Bronx Science – CCNY Scholarship Project, which Dr. Katz chairs, provides full scholarships to high-achieving Bronx Science graduates who attend City College. It is administered by The City College Fund, an independent fundraising organization that aids students who might not otherwise be able to afford going to college. Since its inception in 2005, the project has supported 86 students.

A member of The City College Class of 1960, Phi Beta Kappa, Dr. Katz is a gastroenterologist affiliated with North Shore University Hospital, Long Island Jewish Medical Center and St. Francis Hospital in Roslyn. He is the senior member of NYU Langone Nassau Gastroenterology Associates. He is also a Clinical Professor of Medicine at the New York University School of Medicine and is a past president of the American College of Gastroenterology.