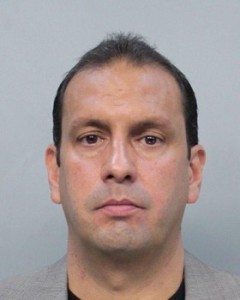 James Muniz of Roslyn has been slapped with a 54-count grand jury indictment, as well as more than two dozen larceny and conspiracy charges, in the case of the New Faces Modeling Agency.

The indictment was handed down last week as Nassau County District Attorney Kathleen Rice announced a new defendant and more than 50 new victims in the case.

Muniz, 44, CEO of the agency, was arrested in Florida in October, after failing to appear for his scheduled arrest, the D.A. said.

The new defendant in the case, 28-year-old Diedre Aquino, is identified as Muniz’s girlfriend, and she is accused of both participating in the modeling agency scam and helping Muniz flee to Florida.

New Faces sold photo-shoot packages and online memberships to parents who were led to believe the agency would secure their children modeling jobs, said Rice. More than 100 people have filed complaints with Rice and State Attorney General Eric Schneiderman.