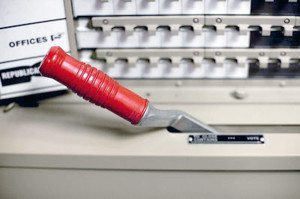 On Tuesday, May 19, voters in the Roslyn School District will go to the polls to vote on propositions that will address capital improvements to local schools, ones that will affect them for decades to come.

Voters will decide on the usual issues. They
will vote on the 2015-16 school budget, one that
calls for $103,851,841 in spending. According to district officials, the budget-to-budget increase is 1.09 percent and the projected tax levy increase
is 0.93 percent.

As always, the Bryant Library budget is also on the ballot. That measure calls for $4,980,336 in expenditures, a slight increase over last year’s approved budget of $4,928,170.

In addition, three seats are up for re-election to the school board. Three incumbents—David Dubner, Adam Haber and David Seinfeld—are running for re-election. They will be challenged by Mindy Kim, who is also seeking a seat on the board.

The most important vote, however, will come on three propositions, two of which call for capital improvements to schools in the district.

Also on the ballot is Proposition 4, which authorizes an expenditure from the Capital Reserve Fund, enabling the district to expend $1.3 million for additional parking and field reconfiguration at East Hills School. This project, which district officials said is beyond the scope of the bond approved last year, is precipitated by the termination of the district’s lease of the Roslyn Annex at the end of this school year. It would accommodate, they added, additional field and parking spaces for both Roslyn High School and East Hills School. If approved, district officials claimed that there would be no additional cost to taxpayers.

Finally, Proposition 5, which district officials said would authorize the establishment of a new Capital Reserve Fund for longterm capital expenses is also on the ballot. The capital reserve fund approved by voters in 2007 is now depleted, district officials said, and the fund established in 2011 will have less than $750,000 remaining if Proposition 4 is approved. And so, the district is asking residents to approve the establishment of a new capital reserve.

“This is the equivalent of opening a new bank account so that we can begin to replenish our reserves,” a release on the proposition stated. “If approved, there would be no additional cost to taxpayers.”

In last week’s issue, the four candidates for the school board laid out their priorities.

David Dubner touted the district’s recent budgeting practices, noting that budget and tax increases “are at historic lows” and that the district is budgeting “well below the so-called 2 percent tax levy cap.”

David Seinfeld cited his experience as a school administrator, which he said would help ease the succession process at the district with the retirement of Dr. Dan Brenner and his replacement by the new superintendent, Allison Brown, who is expected to take the reins of that post in the 2016-17 school year.

Mindy Kim, the challenger in the race, called for a “longterm vision,” one that would result in greater cooperation and communication between parents and teachers throughout the school year.

The budget message from the Bryant Library stated that the trustees have been confronted with multiple challenges, including “replacement of the flat roof and other major repairs to the buildings, rising state retirement costs, the MTA Payroll Tax and a decrease in revenues due to low interest rates.”

At the same time, the library, officials said, is being used “more than ever.” Cost-saving measures include state grants, partnerships with the Friends of Bryant Library and nonprofit institutions and making cooperative purchases with the Nassau Library System. To vote in the May 19 election, an individual must be:

• A resident in the Roslyn School District for at least 30 days by election day;