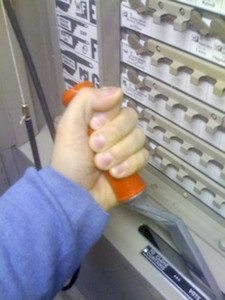 At its Monday, March 30, meeting, the Board of Education unanimously adopted a 2015-16 district budget. The public will have an opportunity to vote on the 2015-16 budget, on May 19, from 7 a.m. to 9 p.m. in the Wheatley gymnasium. Remaining below the allowable New York State property tax cap levels, the budget-to-budget increase is 1.68 percent and the levy-to-levy increase is 1.80 percent.

The budget maintains current programs and class size and introduces some new programs, including the second year of Project Lead The Way engineering, AP Art History and additional student support programs districtwide. For full budget information, including the presentations given at budget workshops, go to the district website at www.ewsdonline .org, scroll down the left-side navigation bar and click on 2015-16 budget information.

Thursday, April 16, was one of those special occasions, when members of our community from many walks of life, including alumni, parents, children and staff, come together in celebration of our district. The Simmons Awards Coffeehouse, hosted by the East Williston Education Foundation (EWEF), was a celebration of the intangible gifts, e.g., of caring and positive impact, that define our school district community.

As noted in its most recent pamphlet, “[The East Williston Education Foundation] is a grass-roots, not-for-profit organization of parents, teachers and staff, alumni, and supportive members of the community who all want to ensure that our district’s students have the best possible educational resource. Our main goal is to provide ongoing supplementary support to enrich the educational programs of the school district.” The EWEF receives funding through contributions and other special events and projects.

The Simmons Awards were created by a generous donation from Steven Simmons, class of 1964. Simmons wished to acknowledge his wonderful teachers and education here at East Williston and established the award to honor current teachers and staff.

Before the vacation, I had the pleasure of attending the Wheatley Theater Company’s spring musical. I want to congratulate the entire cast and crew for putting on an exciting revival of Little Shop of Horrors.
I also want to thank the faculty who supported our students in this production, director (and English teacher) Colin McKenna, vocal director (and Music teacher) Angela Luftig, choreographer and pit band conductor (and Wheatley English teacher) Rick Leidenfrost-Wilson and technical advisors and set design (and technology teachers) Paul Chisholm and Thomas Storck.

The show also received critical acclaim from our community. An audience member who attended the senior citizen matinée was so impressed that she took the time to write me. She stated, “The very talented high school students sing, dance and perform…Everything was so polished, the set, makeup, music, costumes…It felt like a Broadway production.”