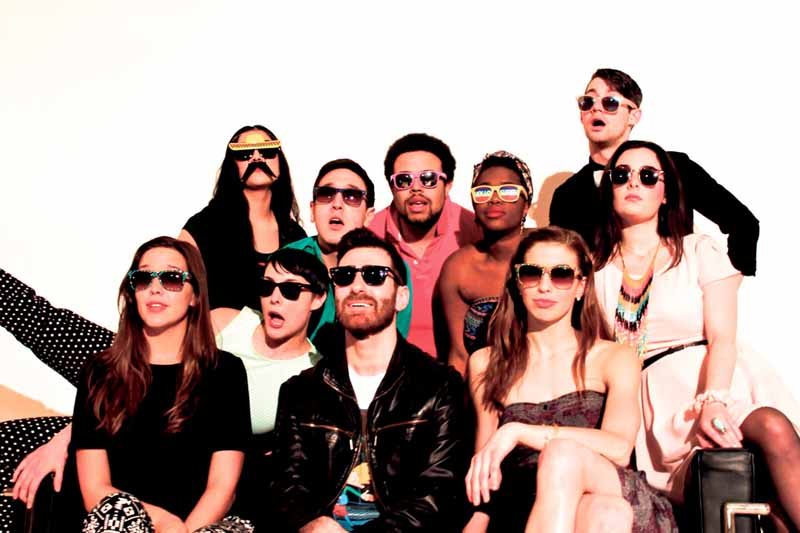 Musical talent must emanate from the Holtzman household, as two brothers, Ben Holtzman, 25, and Alex Holtzman, 28, are both experiencing well-deserved success in their respective fields.

Ben’s Broadway-bound journey began unexpectedly at seven-years-old while visiting his older brother one summer at French Woods Festival of the Performing Arts, a summer camp located in upstate New York providing classes in theater, music, magic, dance, fine arts and more. Upon arriving at the camp, he was certain that he wouldn’t be leaving any time soon.

It was then that Ben, at the time the youngest camper on site, was encouraged to audition for a musical, which would come to be his first performance in front of others. He continued to attend French Woods for another 10 consecutive summers, an experience he attributes to the achievements that followed and some of his more recent strides in the world of musical theater.

Many summer camp productions, school musicals and neighborhood performances later, Ben would further his musical education by attending Syracuse University’s School of Drama. His years spent honing his craft in the prestigious program prepared him for the next phase of his career post-graduation, which included regional work, a role in the Off-Broadway premiere of The Lightning Thief and a spot in an international touring production of Beauty and the Beast, which traveled to countries such as China, Taiwan, Egypt and Lebanon.

Upon returning to New York, he began collaborating with former colleagues and friends from his alma mater, leading to the development of what is now known as RANGE, a New York City-based a capella group consisting of multi-faceted artists, with one common desire: to express themselves creatively through song. 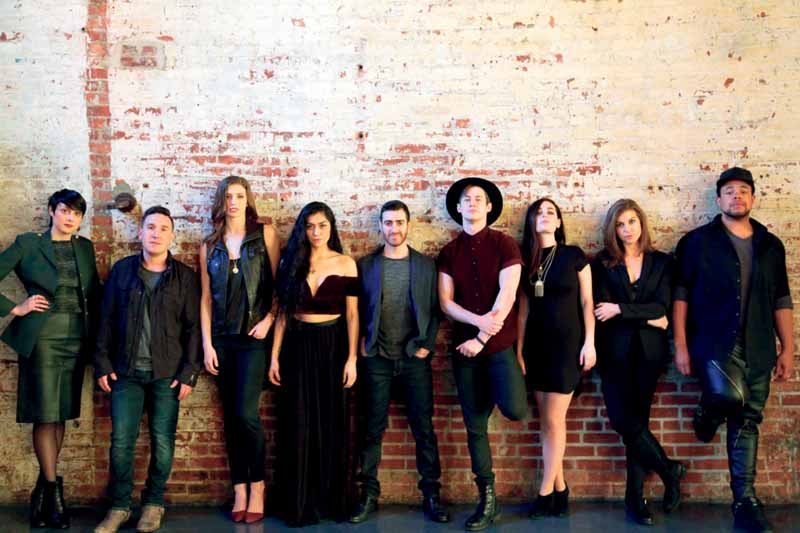 “As an artist in any field, sometimes you can only be creative when given the opportunity or when money is an incentive,” said Ben. “This allows us to be creative on our own terms while we’re all also pursuing our own solo careers.”

The 12-person crew of vocalists has been featured on Nickelodeon, Sesame Street and E! Live from the Red Carpet. Though they have never held their own concert or performance, they have played alongside Kelly Clarkson at Radio City Music Hall as part of her most recent “Piece by Piece” tour, as well as at the Highline Ballroom, 54 Below, Birdland and Joe’s Pub. RANGE is currently working on producing their first studio album.

When it comes to his professional career, Ben has been working toward his dreams of producing and directing shows and musicals. For the past year and a half, he has had the opportunity to work alongside Broadway veteran Hal Prince, a 21-time Tony Award-winning theatrical producer and director who has been associated with classic hits including Cabaret, West Side Story, Sweeney Todd and The Phantom of the Opera.

Ben has been instrumental in assisting Prince in tech rehearsals and casting and production meetings leading up to the launch of Prince of Broadway, a compendium of all the shows Prince has been involved in throughout his career, which is set to premier in August.

“It’s been amazing working with him,” said Ben. “The business is constantly changing, and Hal worked during the golden age of musical theater doing some of most profound musicals of our time, so to hear from his perspective about how things came to be is always interesting.”

The busy vocalist/musician/aspiring producer and director still manages to find the time to coach, whether it be preparing actors for an audition or helping them build a diverse skillset. Through his training and experience in the industry, he feels as though he has acquired a sense of how to work with actors and how to communicate the best ways for them to meet their goals.

To learn more about Ben Holtzman, visit www.ben-holtzman.com, and for more information about RANGE, visit www.rangeacapella.com.

Stay tuned for a future article about Ben’s older brother, Alex, another talented artist who is currently on the “Wings Over America” tour with Denny Laine, a member of Wings with Paul McCartney from 1971 to 1981.