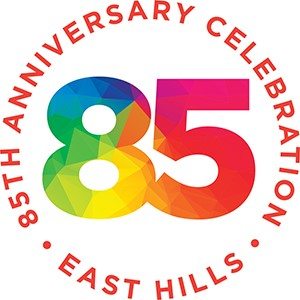 The Village of East Hills is the most populous village in the Roslyn area. With the addition of the spectacular The Park At East Hills, the village’s stature, in recent years, has only grown. An 85th anniversary celebration may not be as dramatic as the coming—only 15 years from now—centennial, but it is a cause for celebration.
And on Saturday, Sept. 3, village officials will hold what they promise to be a “specular celebration” of the anniversary at, fittingly enough, that same park. As part of the festivities, residents of the village are invited to submit their artwork for display. All artists must bring a stand or other method of display. Other specifications, village officials added, exist. Media for the exhibit, village officials said, is limited to painting, photography, graphics, drawing, pottery and sculpture. Crafts are not included. The display will be held on Sept. 3.
Artists, village officials said, must be current residents of East Hills. All ages are welcome to submit, with the display divided between adults (18 and above) and youth exhibits.
“Thanks to Natalie Mansbach, chair, and the enthusiastic, effective members of the 85th Anniversary Committee, we are planning a host of exciting events, of which the art show will be an important part of the program,” said Mayor Michael R. Koblenz. “In retrospect, many dedicated members of our village, both past and present, have worked hard to make East Hills the wonderful community it is today. We are proud of the success we enjoy, the reputation we built, and the extraordinary heritage we have created together.”
To register, email <<EHArtshow@gmail.com>>The subject line, village officials said, should be EH Anniversary. Upon receipt of the email, an invitational application will be sent via email with all pertinent information for artist registration. Certificates of Excellence, the celebration’s organizers said, will be given to all participants.
From its beginnings in 1931 to its recent increase in population, the village’s history, one stepped in the founding of America, mirrors, but does not duplicate, much of Nassau County’s recent history.
According to the village’s website, the idea for a new village was hatched during the early years of the Great Depression. On June 24, 1931, representatives of the 269 people living in what is now East Hills, met in the home of Robert H. Willets, whose family lived in the area for eight generations. The Willets family then lived in the house where Stephen Taber, one of the significant figures in Roslyn’s early history, resided in 1839. The name “East Hills” was adopted at the suggestion of H. Stewart McKnight, who was then the Nassau County Attorney. And so, the Roslyn area’s newest village was born. Two weeks later, Robert H. Willets, fittingly enough, was elected the village’s first mayor. John Mackay, Ellen A. Hennessy, Stephen Willets and Catherine Hechler were elected trustees. Charles Hechler, Mrs. Heckler’s husband, was designated village clerk.
There is much to celebrate this Sept. 3. While Nassau County struggles with keeping young people on the island, East Hills, on the other hand, has enjoyed a resurgence. According to U.S. census numbers, there were all of 343 people living in today’s East Hills in 1940. That number skyrocketed to 2,547 during the Forties and continued to boom throughout the Fifties and Sixties. After experiencing a decline in population in the Eighties and Nineties, the new millennium has been kinder to the village, thanks to the construction of the park and also, prudent fiscal policies. Since the year 2000, the village has recorded a steady growth in its population, one that has continued in the second decade of the 21st century.