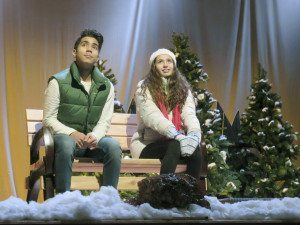 The Wheatley Theater Company (WTC) recently presented a charming rendition of Almost, Maine, a series of love stories featuring a cross-section of couples living in Almost, Maine, to smiling theatergoers.

In a bizarre turn of events, nearby Roslyn and North Shore High Schools also performed the same exact show that weekend.

Stay tuned for details about The Wheatley Theater Company’s elaborate spring musical, which will be showcased on April 7 to 9.