A Tour Through Historic Roslyn | Roslyn News
Wednesday, May 25, 2022

American history is everywhere in Roslyn. The village is home, for instance, to the Van Nostrand Starkins house, a structure constructed in 1680, plus the Robeson Grist Mill, which has been a fixture on Old Northern Boulevard since the mid-18th century. And there was George Washington’s visit to the Onderdonck House, also on Old Northern Boulevard, during the first president’s triumphant tour of Long Island following the Revolutionary War.

Then there is literary Roslyn. Our tour of some of the area’s most historic sites starts with the Roslyn Cemetery, located on Northern Boulevard, just west of the junction with Glen Cove Road. The cemetery is owned by Roslyn Presbyterian Church, graced by a burial site for Civil War veterans, including the omnipresent Civil War monument. Among the notables buried there are Stephen Taber, a United States Congressman from New York from 1865 to 1869, and William Tavoulareas, president of Mobil Corporation, from 1969 to 1984. The literary figures interred are William Cullen Bryant, Christopher Morley and Frances Hodgson Burnett, the legendary British author of Little Lord Fauntleroy.

To this day, Bryant casts his shadow on Roslyn, most recently with the Roslyn Viaduct being named for him. His first cultural contribution to the village came in 1874, when Bryant announced that he was laying a foundation for a reading room and lecture hall. “[The] people [of Roslyn] have no places to meet in the evening save in the bar rooms,” Bryant noted.

That wasn’t good enough for Bryant and soon, residents did begin meeting at that same reading room. Several months after Bryant’s death in 1878, local residents met to form the Bryant Circulating Library Association. A year later, Julia Bryant, the poet’s daughter, contributed $15,000 for the library and the establishment was off to a fast start. In 1946, the library’s original site on the west side of Bryant Avenue was condemned and demolished. The temporary new site was on Garden Street in Roslyn Heights. In 1951, the library moved to the Valentine House on East Broadway and the next year, it found a permanent home across the street at its present site, the former War Memorial building. This was a fitting home for the library as the War Memorial building served as a community center for village families, housing pool tables, a rifle range, a bowling alley and a basketball court and hosting plays and dances.

The library remains a major cultural center in the village, along with the Nassau County Museum of Art and productions by the Roslyn School District. In 1984, the library established the annual William Cullen Bryant Lecture, which has included such luminaries as Alfred Kazin, Irving Howe, Susan Sontag and Janet Maslin.

Another historic site that continues to draw visitors is Cedarmere, the William Cullen Bryant house. This colonial revival house, which served as Bryant’s residence when he was editor of The New York Evening Post, is now listed on the U.S. National Register of Historic Places and is also deemed a U.S. Historic district. Bryant himself named the property “Cedarmere” and during his years of fame, he entertained such luminaries as the famed architect Frederick Law Olmsted, the painter Thomas Cole, the novelist James Fenimore Cooper and actor Edwin Booth. After Bryant’s death, the mansion remained in family hands until 1899, when a nephew sold the house to Lloyd Bryce, a former congressman. In 1919, Bryce sold the property to the Frick family, another prominent North Shore family. Finally, in 1969, the family sold the estate to Nassau County for use as an art museum. In 1989 the county transferred control to a private foundation. In recent years, there has been a flurry of activity concerning Cedarmere. The Roslyn Landmark Society spearheaded a major renovation of the mansion’s mill, while more work from the society, The Friends of Cedarmere and the Gerry Charitable Trust has resulted in more exterior renovations. The museum is open every day except Mondays and holidays year-round.

Another Roslyn author has an even larger piece of real estate named for him. In the early 1960s, elected officials were sophisticated enough to name a large public park after a man of letters. Christopher Morley lived in Roslyn Harbor and the park that bears his name encompasses 98 acres of land. In 1961, Nassau County purchased the property for $704,000. The land had previously belonged to the estate of Nettie Ryan and included the Links Golf Club. Today, the park has not only a nine-hole course, but also a swimming pool, plus tennis and hiking facilities. Morley’s presence is still felt. During his time in Roslyn Harbor, Morley worked at a one-room studio that he dubbed “The Knothole.” Nine years after Morley’s death in 1959, friends and neighbors had the Knothole moved to the park. Here, visitors can inspect the working quarters of a prolific author and editor, a man who was also founder of the popular Book of the Month club.

In Roslyn, the road always leads back to historic preservation. The last stop is, fittingly enough, Gerry Pond Park, formerly the Roslyn Pond Park and named for Roger and Peggy Gerry, Roslyn residents who were indispensable in the village’s preservation efforts of the 1950s and ‘60s. Let the park’s visitors, writing anonymously on Facebook, describe its beauty.

“Walking though the park, you will also be able to get a view of the historical buildings that line the park. Visiting during the fall, you will be able to see the phenomenal beauty of the trees. Riding the NYC subway daily elbow to elbow with the best and worst of this metropolis reinforces the need for personal space. And to stare into the eyes of a swan at Roslyn Pond, now Gerry Park.”

“A world away from the hustle and bustle, this pond is peace presented as still water meditation, with gentle ripples forming from the floating fowl. I patiently watched a gaggle of geese search for sustenance and then heard the leader squawk and signal it was time to fly. Two graceful swans passed the time by watching the watcher. I stared at the mighty Cygnus and felt at ease.” 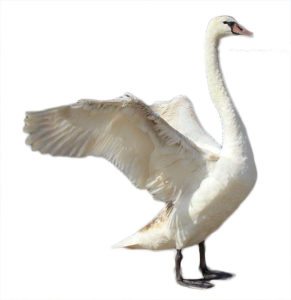 “While the pond is the main attraction of the park, there are also a few picnic tables nearby and grassy areas. Watch a working mill and marvel at gravity and water. There is a limited number of parking spaces which we didn’t even realize were available until we walked over from the public parking lot on Lumber Road. Concord, Massachusetts has Walden Pond. Any aspiring Henry David Thoreau on Long Island and its surrounding environs has Roslyn Pond.”